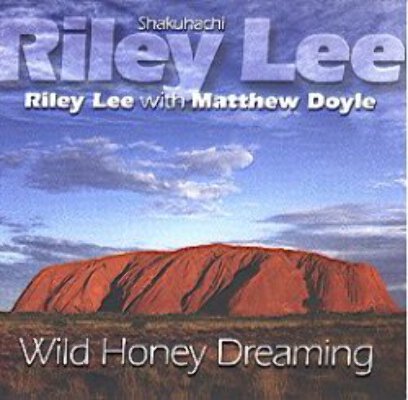 This recording brings together two instruments that originate from cultures which could not be more disparate in their outward manifestations, the 40,000 year old Aboriginal culture of the vast and isolated Australian continent, and the comparatively young Japanese culture of the narrow chain of islands off the coast of the Asian continent.  Many of the Australian Aboriginals remain largely outside of the materialistic western world of global politics and economics and its technologically driven lifestyle.  In contrast, the Janpanese in this century have embraced materialism, global economics and western technology to a degree that is unmatched even in the West.

There are, nevertheless, many shared points of reference between even these two dissimilar cultures if one only looks. For example, traditionally, in both the Aboriginal and Japanese cultures, the natural world of mountains and streams, rocks and trees, is the source of all things physical and non-physical.  The contemplation of essence of these 'things' is traditionally an integral part of common everyday existence in these two hightly evolved cultures, as it is in numerous cultures throughout the world.  Traditional wisdom distilled over countless generations tends to converge regardless of the culture.

Both instruments are wind insturments.  The sounds they make are inextricably connected to, and manifestations of, the breath or life-force of the performer.  Both the shakuhachi and the didgeridoo are simple in construction: long hollow tubes of bamboo and wood with no external mechanisms such as keys, strings or reeds.  Both are constructed solely of natural materials using traditional methods and tools that predate the age of mass production.  It is, therefore, no surprise that the two instruments combine in performance in such a complimentary way as can be heard in this recording.

Tracks on this CD